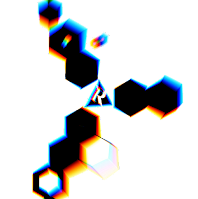 Let's start with a question, what would happen if Van Gogh started painting today?  And the answer is that he would be ignored once again throughout his life as he was in the past.

This would happen because the art market and its specialists do not always know how to recognize art and talented artists, which is natural, since no one likes living genius, and during history several of these artists have died without receiving due recognition for their works.

So just as Van Gogh was ignored by his current generation and fellow countrymen, so is it in our contemporary era, where many really creative, talented and even genius artists are snubbed and ignored by galleries, auction houses and specialist critics.

In this sense, the Ricardo Rangels' Coin Project was developed, with the objective of promoting this artist's art, publicizing, and valuing his works in a competitive market in which many talented artists have no space or recognition.

When it comes to currency and value, anything can serve as a medium, since value is not in the medium used, but in people's minds.  Throughout human history, various types of currencies have been used, from sea shells to table salt, from gold to the bits of numbers that appear in your bank account.


However, it is important to make it clear that the term coin/currency present here is just a poetic definition, the whole project being a great work of art or artist performance.  In fact, this artistic work does not have value as a currency for making purchase and sale transactions or as a means of payment.

The supporter of the project must have no intention of actually using that currency, or desire for profits, acquiring them only for the purpose of supporting the artist and having part of his work as a collector.

For the Ricardo Rangels Finance project, crypto art will be used in NFTs, digital art, as well as, but not mandatory, a token * cryptocurrency, or even coins * or material works of art. *

* These options may be created, but they are only as possibilities, and not as an obligation on the part of the artist for the project, since the artist will focus on crypto art and digital art.

The acquisition of these digital assets will take place through any platform chosen by the artist, and the supporter must obey the legal rules imposed by these platforms, as well as pay the fees and royalties for their own acquisitions.

The artist is exempt from any responsibility on the part of the supporter's use and acquisitions, or even for closing or impediments due to its own governance policies on one or more platforms, his only function being to make his works available for acquisition.

This artistic currency * will have subjective backing, which means that there is something given as a guarantee, in this case, the backing will be the criticism and digital works of the artist that will be able to appreciate over the years, as well as the artistic currency itself.

Theoretically, a currency with ballast has more value than any cryptocurrency that are only bytes in the virtual world, whereas the currency of this project, it will be possible to appreciate and naturally appreciate it, as it is a work of art.

The artist intends to make voluntary donations to supporters who own his works, based on all works available in the project *, in the amount of up to 30%, less government taxes on sales of his digital arts *, for the period of almost 10  years whenever a sale exceeds the $ 1 million mark.

* As soon as a work is sold for US $ 1 million or any amount above, the artist will pay government taxes, and will donate up to 30% of the remaining amount to supporters, remembering that the possible donations will depend on the amount of intact works that each one  will have at the time of payments.

Recalling that donations are voluntary on the part of the artist and not a legal obligation, but something spontaneous that the artist intends to do as thanks for the success of the project and the opportunity to develop the project.

The supporter must be aware that he will not be able to legally sue the artist or demand donations, indemnities against the artist, as he has decided to voluntarily participate in this artistic project as a collector and supporter of art.

There will be a 5-year grace period, where the artist will work to establish himself in the market, but there is the possibility of donations being given immediately if any of these works is sold for more than 1 million dollars or more than that amount.

It is necessary for the supporter to be in possession of this digital article or material, if the artist chooses physical works, and to prove that it was acquired by legal means, not fraudulent or stolen from others, as well as provide the bank details and real identity for possible donations.

If supporters do not meet these requirements within a month, as long as the artist announces donations, these donations will be prescribed and the amount will be donated to an institution with a philanthropic or arts support focus.

The art market is something that depends on many factors, in general on the perception of the public and the age of a society, as well as external factors of platforms, communication networks, etc.

a) Failure to value the artist and his works.  Perhaps the project does not have the expected result or maybe it will work and the artist will become as valuable as Van Gogh.  But, we cannot predict here, what will happen in the future.


B) Death, accidents, illnesses.  In case of death of the artist or any serious illness that makes it impossible for him to work or develop the project.

This document also exempts the artist's family or spouses from any legal responsibility, even if they benefit from the artist's inheritance or legacy, since the artist understands that his decisions and projects only apply to him, and considers any law that says otherwise, the supporter must have the honesty of not harassing the artist's family and spouses in the event of the artist's death or serious illness.

When participating in the project through the acquisition of one of the artistic coins, either directly or through resale by third parties who have purchased it, the supporter is aware that he will not be able to claim ignorance of any of the rules of this project, especially in this very delicate item that must be respected.  family of the artist.

C) Other risks.  There are also risks related to problems on electronic platforms, hacker attacks, fraud by third parties, * natural disasters, accidents, wars or armed conflicts, in which case the artist is exempt from any responsibility or from making voluntary donations in situations like this.

* It is advisable for the supporter to have copies of his files in the process, including printed ones.

D) Government laws.  We live under state laws, and in many countries artistic expressions and projects can be legally canceled, although not always morally, and it may happen that the artist is prevented from continuing the project due to state lawsuits.

The artistic assets of the project can have an appreciation so the supporter can benefit:

a) for the appreciation of the artist's work in his hands, if he resells it

c) for possible, but not mandatory, donations by the artist, if the artist does achieve notoriety, and financial appreciation of his works, with no problem preventing him from finishing the project.

d) for the satisfaction of collecting the works of the project

The artist is a blessed human being and made this project just for the love of his art, for the opportunity to be able to maintain himself only for the fruit of his work, and he is also very motivated to create a unique work of art with other people, making  its supporters part of a larger work of creative expression.

As well, the supporter must check if in fact he is acquiring something original from the artist and not from a counterfeiter or the result of a hacker attack, in the case of such an attack, the works acquired illegally will not be valid, even if they are authentic according to this  project, and the artist disclaims any loss or legal process.

In case of destruction by a hacker attack or problems with the chosen platform, which makes the old project account impossible to work, the artist will create another account and post the changes on his official project websites, and continue with the development of the project.

These rules take effect as soon as an acquisition is confirmed on the platforms, either between a supporter and the artist on some platform, or in a direct sale between the artist himself and some supporter

The supporter is allowed to resell the work in his possession for any amount, on the platforms, remembering that there are fees, and royalties that are discounted by the platform, the new owner being the new participant of the project, thus ending the participation of the former owner of the work in the  project, but the new supporter also has an obligation to comply with the rules of that project just as the old supporter did.

The supporter also has the license to divide the work into up to 9 equal pieces that can be sold separately at any price, however he must always quote the author of the work, even if a new token is created with these pieces.

Anyway, the artist gives this possibility of partition, as an opportunity to valorize the work, as well as part of the artistic project and experimentation to observe the behavior of the works of art when simulating a cryptocurrency, being part of the work itself and his creative expression.

These rules can be terminated or modified by the artist at any time without any burden to the artist, and the supporter is aware that the project is only an artistic expression and work of art, and should not participate for profit or as an investment option, but the goal of supporting art itself or as a collector.

Any legal problem between the supporter and the artist will occur in the city and country where the artist currently resides.

May the Eternal Consciousness of the Universe bless us always.